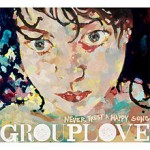 Never Trust a Happy Song is the debut album by the indie rock band Grouplove. It was released on September 13, 2011 through Canvasback/Atlantic Records. Track Listing Itchin’ on a... Read More 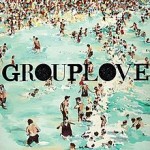 Grouplove The EP was positively received, with the BBC calling it “a nugget of golden pleasure, petite, but perfectly proportioned”. Drowned in Sound gave it a 7/10 rating, describing it... Read More